A Day of Firsts at CBP 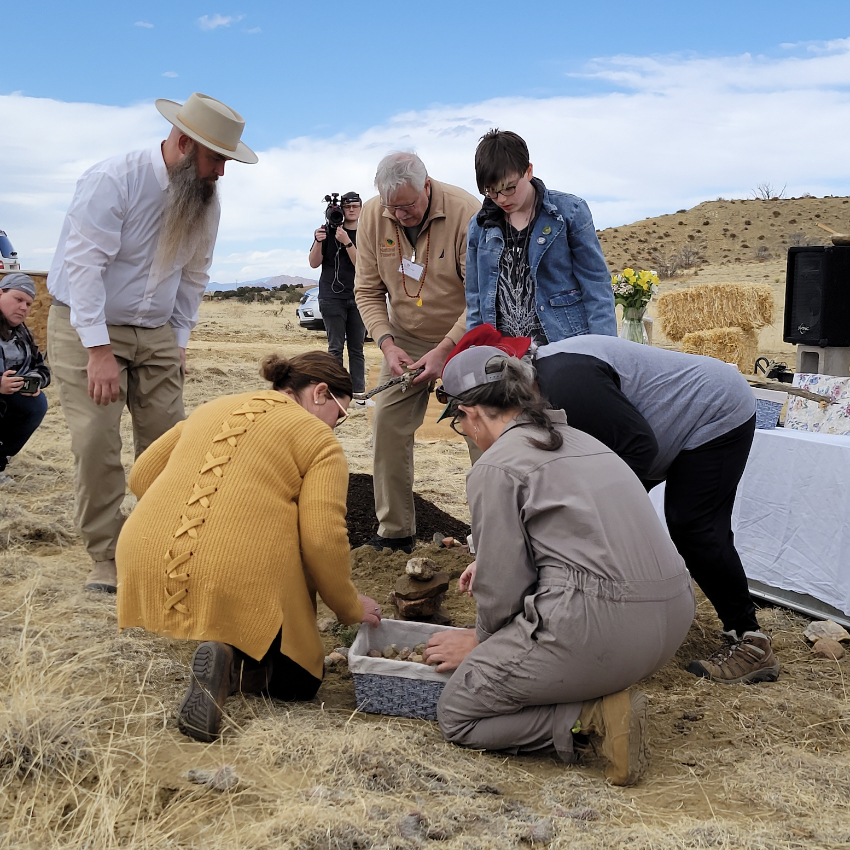 A ceremony was held at CBP on the Spring Equinox, which was also the occasion of the first human body compost to be returned to the earth since the method became legal in Colorado last year. Together with the Colorado End of Life Collaborative, The Natural Funeral facilitated this donation from the family, who chose to let their son's remains nurture the native prairie grasses and wildflowers we are planting as part of the ongoing Native Prairie Restoration efforts. The assembled crowd was a gathering of environmentally friendly death care providers, educators, advocates, and members of the public who are thinking of their own future arrangements.

We were blessed with a great deal of news media attention during the event, including appearing on the nightly news. But, as the story travelled around the world, the attention has focused mainly on the newness of body composting (also called natural reduction or natural organic reduction). Composting is an environmentally friendly alternative to cremation because it spares the fossil fuel costs and emissions associated with the high-heat process. As a society, we need to pay attention to the emissions from cremation and prevent or offset them whenever possible! Body composting facilities in Colorado are in the process of scaling up, and will help meet the growing demand for less-polluting alternatives for handling our dead.

But the oldest strategy is still the best one- simple natural burial returns a body to the earth without adding to emissions, and the shallow grave depth of 3-4' helps ensure the body's nutrients become usable to the ecosystem once again. Some "leave no trace" advocates struggle with the idea of a permanent grave dedicated to one person. (Won't we run out of space?) The idea of a Natural Burial Grounds is that the land is not lost for other purposes, but nourished to provide a multitude of benefits to wildlife and human communities alike. To be used as a habitat-conserving final resting place is not a waste of land but an enhancement to that property, a draw for visitors who learn about or contemplate the balance of nature. The question is no longer if there is enough land for all of us to choose this type of final resting place, but why this healing & holistic model is not more widespread and on the lands near you.

Here is the complete video of the Laying Out Ceremony. Emily's speech about the vision for a natural burial ground's role in the community and environment begins just before the 7 minute mark.